Peter Oakes was the only child of Geoffrey and Mina (Williamina) Oakes. Geoffrey was a native of Sheffield and had been a officer in the 3rd Brigade of the Royal Horse Artillery, rising to the rank of Major. His parents were married in Sheffield in July 1921 when Mina (nee Wyse) gave her address as Liverpool. Peter was born in Ormskirk on 20th February 1922 and spent his childhood in the Carteknowle district of Sheffield before the family moved to Maltby, near Rotherham, where his father was a director of a motor retail company.

In 1933, aged 11 years, Peter arrived at Bilton Grange Preparatory School[1] near Rugby at the start of the summer term. He was a good all-rounder: he played the violin in the school orchestra and took part in theatricals as the picture shows. 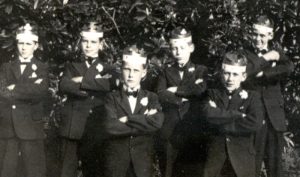 Oakes is 2nd from left

He was also athletic, representing his ‘section (house) in athletics. In 1935 he came 3rd in the senior Steeplechase (we’re not told how many ran) “A splendid race for second place. Oakes was leading ten yards from the end when Herridge, with an unexpected burst of speed, managed to gain second place by two yards.” Read a report on the event.

A term after starting at Bilton Grange, Peter joined the School’s Scout Troop in the Owl patrol and was Patrol Leader of the Curlews from September 1935. Two years after arriving at Bilton Grange he left to go to Uppingham School. 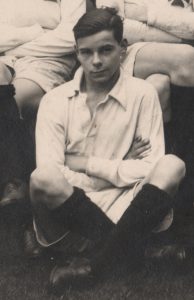 At Uppingham[2], he was again a keen sportsman, playing rugby and football for his house, West Bay, in both 1936 and 1937 and was in house boxing team.

After completing leaving exams in 1939, he gained his School Certificate. We don’t know what did between leaving school and joining the RAF; in 1939 his occupation was ‘at home’ which indicates that he was still enjoying a carefree summer before perhaps joining his father’s company.

Service in the RAF

Oakes joined the RAF in March 1941, being listed in the London Gazette as a probationary pilot officer and the following year was appointed a flying officer. Initially, he was based at RAF Colerne in Warwickshire with 89 squadron. The squadron flew Bristol Beaufighter night fighters. It moved out to the Middle East to defend the Nile delta and the Suez Canal. Peter Oakes was being transported on the troopship RMS Laconia when it was attacked off the west African Coast.

Although it is not clear why Oakes was on a ship travelling between South Africa and Sierra Leone, it is clear from an account by Doris Hawkins[3] a survivor that this was a route used to get from the Middle East to the UK. Along with 300 British personnel, the Laconia was carrying 1800 Italian POWs who were being guarded by 100 Polish soldiers. 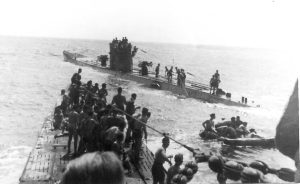 Shuttle service for shipwrecked persons from the Laconia between U156 (foreground) and U507 (background). Picture taken by Leopold Schuhmacher

The Lanconia was hit by a torpedo on 12th September 1942[4]. The U-boat then surfaced and took four lifeboats, each with about 50 survivors, in tow as well as taking a similar number on board. Over the next two days two German and an Italian submarines joined the rescue, the others, also towing many lifeboats and with hundreds of survivors on board, travelled on the surface towards the coast and a rendezvous with Vichy French warships that had set out from Senegal and Dahomey (now Benin). 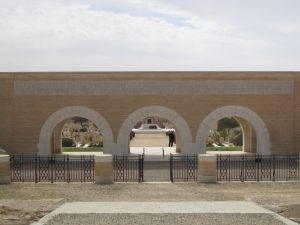 En route, the original attacking submarine became separated from the rest and was attacked by an American bomber on the instructions of the senior officer, despite displaying a Red Cross flag and sending signals confirming it had survivors on board. Two lifeboats were hit, so the captain ordered that others were cast off and the survivors on deck forced into the sea. Further attacks followed.

In all the confusion of war, the nature of Oakes’s death cannot be determined. He may have been killed in the first attack by the German submarine or by the subsequent attacks by the American bomber. Alternatively, he may have died of exposure although this is unlikely as the picture shows survivors with minimal clothing as the location of the attack is in the tropics. His body was not recovered and the CWGC records his death as occuring on the 30th September but this can only be a guess.

Peter Oakes is commemorated on the War Memorial at Alamein in Egypt, the family grave in the churchyard and the war memorial at Lapworth a village in Warwickshire near to RAF Colerne.

On the memorial at Fulwood, the inscription reads:

The other names on the same panel of the memorial at Lapworth are:

Peter’s father did not live to know of his son’s death as he died in 1940 at Leamington Spa. He was buried in Fulwood Churchyard in the same grave as his parents. Williamina returned to Sheffield, living on Rutland Park until her death in 1959.

Peter was the only grandchild of his paternal grandparents and he died without children so there are no close relatives to look after the grave in Fulwood.

Memorial at Lapworth and Fulwood Graveyard

[1] Thanks to the head teacher and staff at the school for their help in discovering Peter’s life at the school. (2022)

[2] Thanks also to Jerry Rudman, the archivist at Upingham School (2022)

[3] Hawkins was returning from Palestine. She wrote an account of the ordeal “Atlantic Torpedo: The record of 27 days in an open boat following a U-boat sinking” London: Victor Gollancz Ltd. ISBN 9780855944315