Frank Bridgett was a native of Leicestershire having been born in Nailstone in 1879. He was the youngest of nine children of William, a colliery manager, and Lucy.

Ten years later the family was in Walsall and by 1901 Frank had found work in a tobacconist’s shop. He served in the Royal Army Service and died on 27 July 1918 aged 40 at Halifax. From the census of 1911 we know that he was the ‘Manager of Tobacco Stores’ and was living at 29 Salisbury Road, Crookes, with his wife, Amelia, and daughter Madeline. 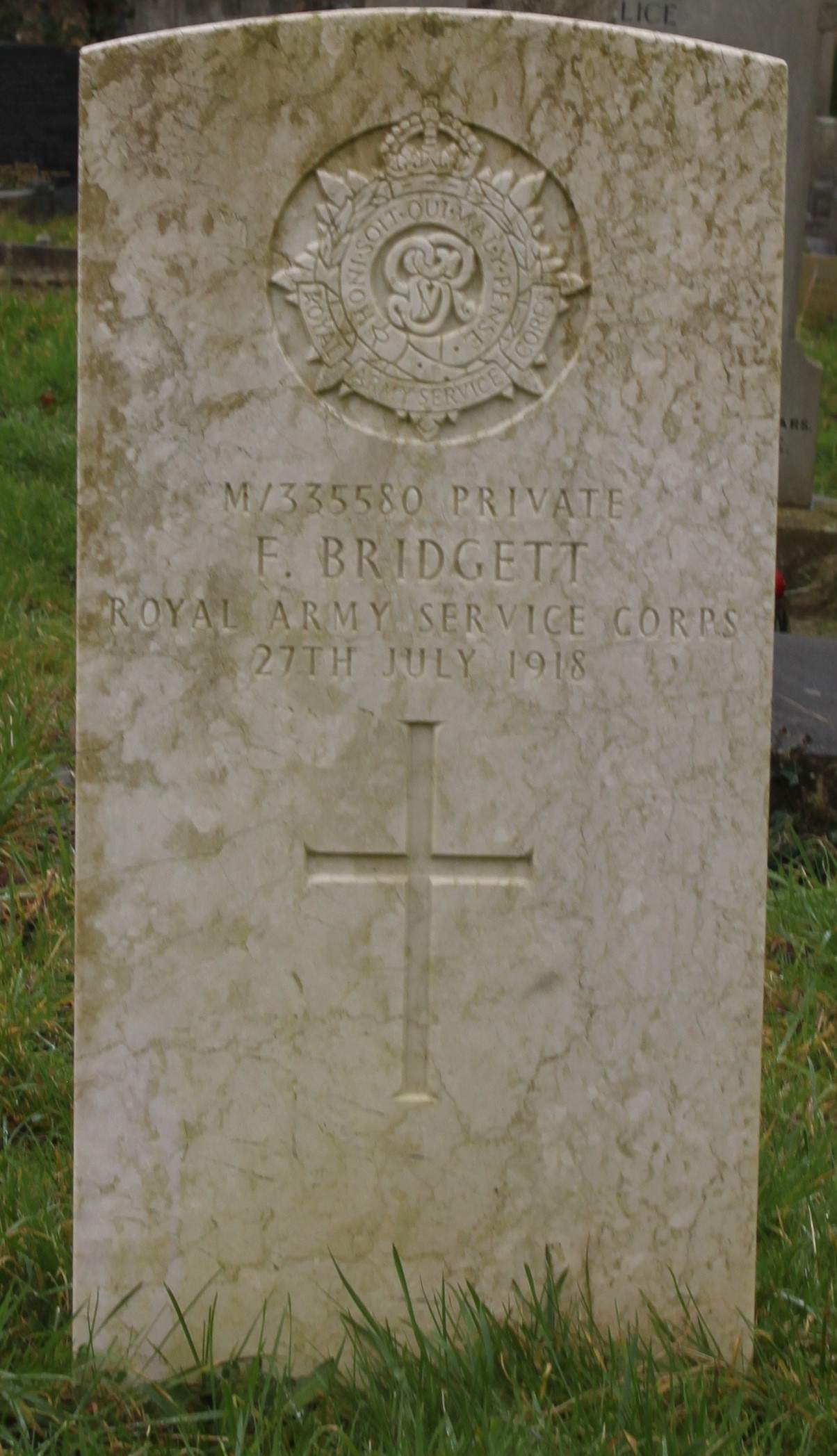 He was called up in 1917 when he was already 38. He was assigned to the Army Service Corps as a driver and passed a course in driving at Isleworth. By the end of the year he was in Italy. He was clearly not in the best of health, his  medical record notes that he was ‘fit for service abroad but not fit for active service.’ With very bad conditions during the winter of 1917 it’s not surprising that he was admitted to hospital twice early in 1918, firstly with diarrhoea and a month later for Myalgia.

In July 1918 Frank was  ‘invalided to England’ and admitted to St Luke’s War Hospital in Halifax suffering from Nephritis. He died on 27th July 1918.

He is buried in Fulwood graveyard and has a CWGC headstone and is remembered on the Fulwood Memorial.

A scribbled note on the side of the his Casualty Form records his address as 65 Nethergreen Road.