The son of Thomas and Ann Elizabeth (nee Toothill),  John Barr was born in Leyburn, North Yorkshire in 1878. Thomas was a Wesleyan Minister so the family moved frequently, in 1881 they were in Holbeck near Leeds and 10 years later were in Biggleswade. John attended Chesterfield Grammar School between 1887 and 1891.

In 1901, aged 23, Thomas was boarding with Mary Biram in Broomhill while his parents were in Ashbourne. The boarding house, run by Mary Biram and her sister, was busy place as along with 23 year old John Barr there was Thomas Nicholson who was a year older and  By the time of the census in 1911, the family was all together, living on Endcliffe Vale Road.

John joined the 7th Battalion of the Royal Fusiliers. He was killed in action on 23rd April 1917.

He is commemorated at the Arras Memorial in France, on the Sheffield Council Official Roll of Honour, a memkorial plaque in ST Augustine’s Church on Brocco Bank and in the graveyard at Fulwood. 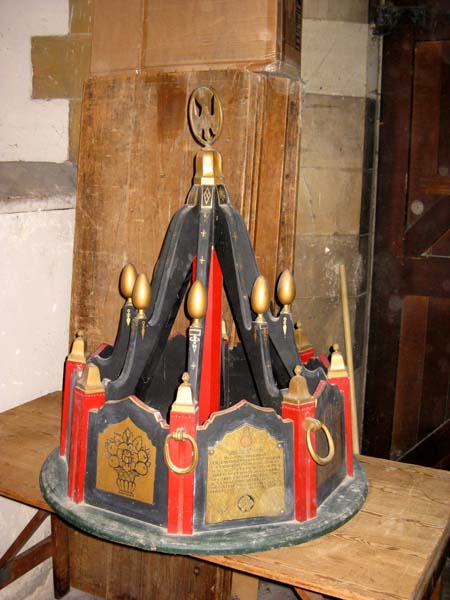 The CWGC record states that Thomas and Ann were still living at Endcliffe Vale Road.

At St Augustine’s Church, Brocco Bank, there is a richly coloured cover to the font that was dedicated in 1918 by Herbert and Anne Toothill. The inscription reads:

In loving memory of our dear nephews, John Toothill Barr, 7th Fusiliers, who was killed in action on 23 April, 1917, at Oppy Wood; and James Stanley Bissett, 28th Canadians, who died of wounds received at Passchendaele.

The picture was found at the Sheffield WW1 Memorials website